Getting Started with Microsoft Identity for Developers

If you ever had to deal with identity within your solutions then this is the workshop for you. Join JP and Christos to find out how to get started with authentication and authorization for your applications using the Microsoft Identity platform.

We will show you how to set up your Identity Provider in Azure and then use our libraries with your favorite language to quickly connect and authenticate users in a few, basic steps. At the end of this workshop, you will be able to use the Microsoft Identity Platform to create scalable and secure applications. 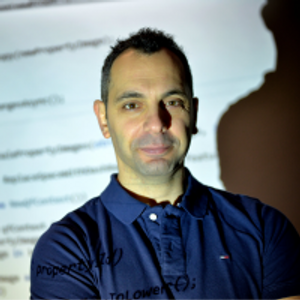 Christos Matskas is a software developer, dad, blogger, husband, speaker and all around geek. He currently works as a Developer Advocate for Microsoft Identity helping developers and teams leverage the power of the identity and cloud. Before joining Microsoft, he was a successfull entrepreuner collaborating with companies such as MarkIT, Lockheed Martin and Barclays. He's been building software for over 15 years and he's a passionate Open Source advocate. He contibutes regularly to numerous OSS projects and works closely with the developer community to make the space bigger and better.

John (or JP, or John Patrick - many wake words, like Alexa) has been building and deploying software for 16 years, focused on cloud since 2010. Before Microsoft, he worked as an enterprise developer, then launched a completely cloud-native start-up, which was awarded patents for cloud-based tech. Since coming to Microsoft, he has worked to help developers focus on building software that matters and transforming their businesses with cloud and modern identity. Currently, he works as a PM in developer advocacy in the Microsoft Identity Division.